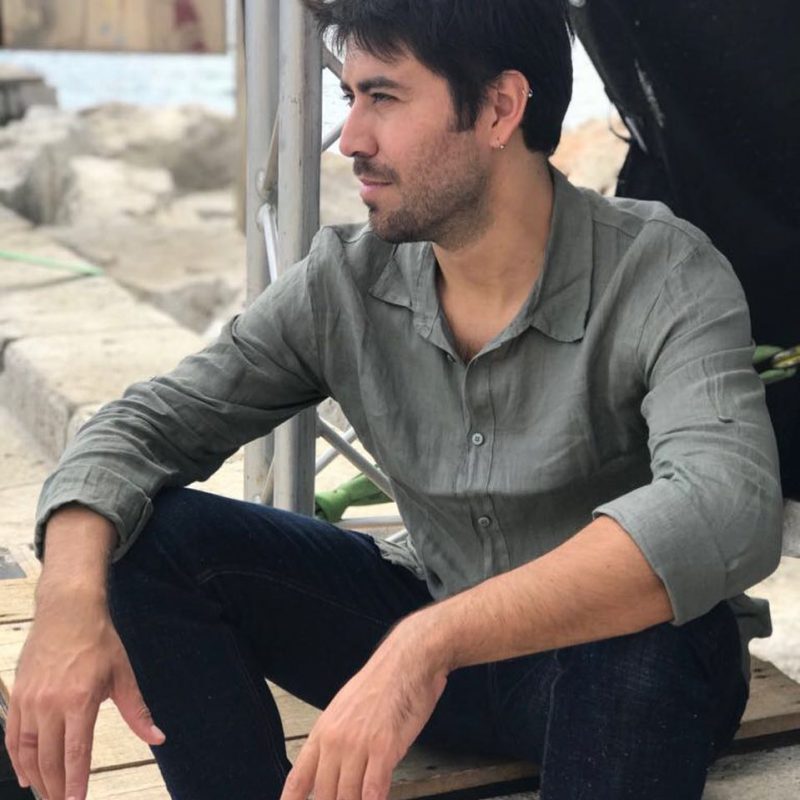 Damián Comas (1984) is a visual artist, writer and filmmaker. He has a PhD in Literary Creation and a master’s degree in Theoretical Art Studies. An individual who has dedicated himself to traveling and living in different continents as a nomadic creator, transiting in the arts of painting, installation, scriptwriting and film direction, as well as the creation of novels; all this, as he has expressed on several occasions, from his obsession with the creation of images and what derives from them.

In the different disciplines of his work he has received several awards in Europe, America and even in Asia. His first novel, Cenizas, won the XIX Hispanic Literature Prize from the University of Seville, published by Punto de lectura and Debolsillo; as well as his compilation Las verdades infames, published by Random House. He is the author of six novels and seven screenplays, as well as the director and producer of two films.

At the moment, he lives in northern Italy, writes a TV serie, works with one of the most important production houses in Mexico and is producing his next feature film.